When people think of library resources, they often imagine books, journals, media or databases. The immediate image of a “library book” is the hardcover bestselling novel or the latest memoir from a celebrity.

When thinking of library materials, most people don’t think of one of the largest publishers in the world: the United States Government.

Unlike fictional works or academic articles, the content published by the United States is taxpayer-funded, and, therefore, it must be made freely available to all U.S. citizens. Producing and distributing government documents is the core mission of the Government Publishing Office (GPO).

But to execute its motto, “Keeping America Informed,” the GPO enlists the help of libraries, which play a critical role in making government publications accessible across the country. 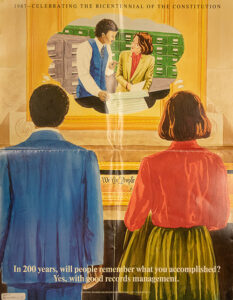 Fogler Library is one of only 46 regional depositories in the Federal Depository Library Program (FDLP), which was established in the 1860s to ensure that the American public has access to government information. As a Regional Depository, Fogler Library is an active participant in what the GPO refers to in their vision:  “An informed nation that has convenient and reliable access to their government’s information.”

“Government data and research are the underpinnings of many of the things we use daily,” says Greg Curtis, Regional Federal Documents Librarian and head of Content Organization and Management at Fogler Library. “Only the government has the resources to gather and publish data across so many different subject areas. Then, that data becomes part of the basic information infrastructure that businesses and people use to make decisions.”

Government publications encompass all items that are published by the federal government including laws, rules and regulations, CDC documents, topographical maps, weather information, census data, and agricultural data. People often group the word “government” with “politics,” but the collection of government publications is far from political in its essence. Though political parties are involved in deciding how some data is collected, those publications are still intended to represent the people’s mandate.

The data gathered and published by the government has a real, practical effect on the daily lives of citizens, often without much notice. A meter installed by the United States Geological Survey on the Kenduskeag Stream in Bangor, Maine, might help insurance companies establish rates or consider the risk of flooding in the area. That same streamflow data can be used by local governments to plan parking or other infrastructure. Census data used by large companies might help decide where to build new facilities or storefronts. Weather data collected by government agencies provide local meteorologists with the information needed to interpret and predict upcoming weather patterns.

Examples like this provide only a small glimpse into the breadth of material available in government publications. Fogler Library’s more than 2.3 million government documents contain everything from hardcover books to maps, microfiche, videocassettes, floppy disks and posters. Major strengths of the collection include aquaculture, census information and demographics, earth sciences, foreign relations, forestry, international commerce, marine studies, political science, water resources and wildlife. Some publications in the collection date as early as 1789.

The bulk of requests from patrons is for data from the 1970s and earlier. Census data from before 1920 is of particular interest to genealogists because, in those years, census records included names. These detailed accounts are an invaluable source for genealogists trying to establish family relationships, especially from an era with less detailed and widespread record keeping.

As a participant in the FDLP, Fogler has been receiving government publications since the 1890s. In 1963, Fogler became a Regional Depository for federal documents, which means that the library is required to maintain a complete collection of all documents published by the government. Regional depositories like Fogler Library allow other libraries in the FDLP to make strategic choices about which documents to retain. 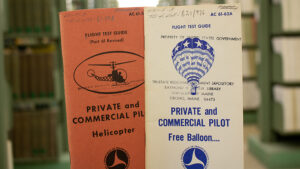 Because Fogler holds a complete collection of government publications, the library acts as a backup for other libraries needing materials for their patrons. Curtis also provides advice and support to other libraries when they are deciding which publications they should keep.

“Regional depositories are supposed to ensure that information of importance is available to citizens in the region,” says Curtis. “Many smaller libraries don’t have the resources or staff to maintain all the documents, so regionals fill that gap.”

Libraries in FDLP don’t receive federal funding to support their efforts, and none of the employees of participating libraries are employed by the U.S. Government. But, Curtis explains, the motivation for libraries to participate in the program comes from a deep belief about the role libraries serve in a free society.

“Because we have all these documents that go back so far, it’s really the story of us as a country,” says Curtis. “A researcher can see what was important to our citizens throughout history by looking at what data we chose to collect.”

While some are unsure about how to work with government documents because of a lack of familiarity with the data-heavy material, what remains essential is that these documents are accessible to people across the country. Federal depository libraries make this possible by maintaining materials and providing educated staff who can teach people how to locate and work with the resources that document the growth of our country.

This is a true reflection of what government documents are—a record of our history, who we are as a people. The data collected are a reflection of what taxpayers have democratically decided is of importance to track. Through the collected documents and publications, we find a thread that shows how we, as a society, have chosen to govern ourselves.

This story was originally featured in the 2019 Raymond H. Fogler Library Magazine.