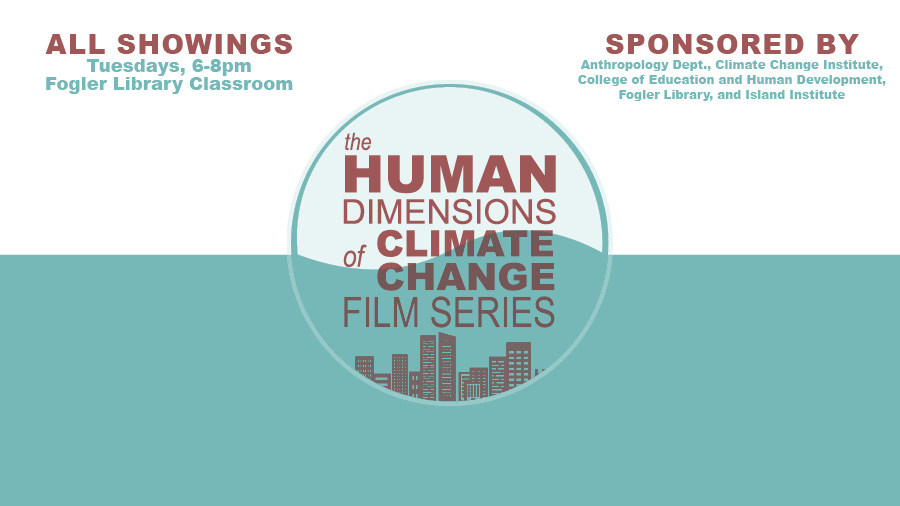 As part of the Human Dimensions of Climate Change Film Series,  a showing of the Years of Living Dangerously episode “The Surge” will be held at Fogler Library on Tuesday, April 3, from 6pm-8pm. In “The Surge,” MSNBC’s Chris Hayes shadows climate change skeptic, Republican Congressman Michael Grimm, for a year in Staten Island in the wake of Superstorm Sandy and questions what he might have learned about climate change in the process, and conservationist M. Sanjayan travels to the ends of the earth-including Christmas Island-to question some of the world’s top climate scientists as they collect key data unlocking the past and future of our planet’s changing climate.

The Human Dimensions of Climate Change Film Series is sponsored by the Anthropology Department, the Climate Change Institute, the College of Education and Human Development, Fogler Library, and the Island Institute.